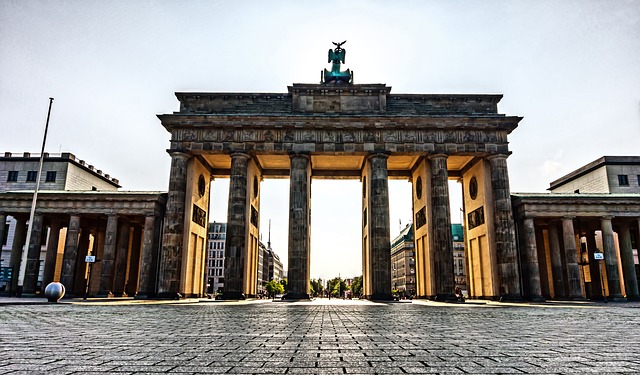 The most touristy things to see in Berlin

Most people are trying to get away from doing the most tourist things in place. People want “authenticity”, they want to find the hidden gems and they want to be the people who’ve found the places where there are no tourists. But people also forget that the places that are frequently visited by tourists usually are important landmarks that has made the place to what it is. So when I visited Berlin, I knew I wanted to go to the most touristy spots in the city because I was genuinely interested in seeing all the main attractions. And I’m so happy I did! Because it showed me that Berlin is quite a beauty. Here are the three most touristy places you must visit when you’re in Berlin.

Perhaps the most iconic spot in Berlin, the Brandenburg Tor (or Brandenburg Gate in English) is a military monument that symbolizes peace and unity. It is here where Berliners gathered to celebrate the fall of the Wall. The gate stands for reunification of East and West Germany in 1990. Although it got heavily damaged during the Second World War, it withstood it and is still standing strong. Close to the Brandenburger Tor is the Memorial for the Jewish who were killed during the war.

The Berliner Dom is located in the heart of the city in Mitte, surrounded by other iconic monuments. It’s an evangelical church that dates back to the middle of the 14th century, but was only completed in 1905. The church got damaged during the Second World War but reopened again in 1993. The Berliner Dom nowadays also serves as a venue for concerts and readings – yes, that’s right! It’s never been a traditional church in any sense, and perhaps that’s what makes it such a fascinating place to visit. Besides, it’s an icon for Berlin and one that’s pretty hard to avoid seeing. It’s massive! And there’s a park just in front of the church where both locals and foreigners alike sit and relax after a day of walking around Berlin.

The East Side Gallery Wall is located a bit outside of the first two sights, but you could walk it if you feel like you’re up for the challenge (it’s about a 40 min walk) or you could take the metro or bus. It’s the world’s longest open air airt gallery and is a remaining piece of the Berlin Wall. What’s now filled with colorful graffiti used to be grey. It was the most visible symbol of Germany’s partition into two separate states. But when the wall fell, artists from 21 different countries went to Berlin to turn a section of the wall into a celebration of art and freedom. Nowadays, travelers love to walk around the wall and look at all the art that’s displayed here for free. It’s a beautiful reminder of what has happened in the past and how the Berliners has moved forward from it. Even if you’re not a big fan of art, it’s still an incredibly important place to visit. It’s touristy – that’s for sure – and it’s great.

This post was made possible by our good friends at Microblading NYC. They provide the best microblading in the 5 boroughs. If you need microblading near me, then give them a call today they would love to help you.