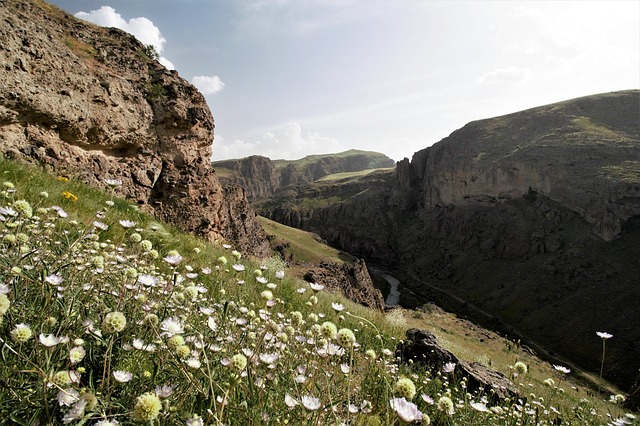 Azerbaijan is one of the lesser-known places to visit. In Asia. Its proximity to Eastern Europe makes one of the former states of Soviet Union an interesting country to see.

There are a lot of places you can visit if you are looking to visit and tour the country. The capital city of Baku for one can be the highlight of your trip.

If you are looking for some others, here are eight other ways you can explore Azerbaijan:

The Absheron Peninsula is in the capital city of Baku. The place is the country’s gold mine as  natural resources such as oil, lime, sand and salt are all abundant in the peninsula.

The peninsula has a number of lakes with Masazir, Khojahasan and Boyuk Shor being the more famous ones. Several ancient oil wells can also be found here.

Old City is pretty much self-explanatory. It is the most ancient part of Baku which is surrounded by stone walls for protection during ancient times.

The ancient landmark has been listed as a UNESCO World Heritage site for its religious, political and cultural significance. The Old City still looks like ancient civilization in some parts, particularly the shops.

Upland Park is another one of the significant places in Baku. It is located at the centre of the country’s capital.

One of the unique things about the Upland Park is the panoramic views of the city, Baku bay and beyond into the Caspian Sea.

The Park commemorates the victims of Black January 1990 as they are buried along with the soldiers killed in the Karabakh war in the Alley of Martyrs.

The park has a very calm and peaceful surrounding just like all parks should be. It’s a perfect place to unwind and de-stress when traveling.

Heydar Aliyev was the third president of Azerbaijan. He served as the country’s leader from 1993 to 2003.

The Heydar Aliyev Center was built in his honor. The 57,500 square meter building complex is known for its unique architecture.

The design consists of flowing, curved style angles. It was designed by Iraqui-British architect  Zaha Hadid, who was the first woman to receive the Pritzker Architecture Prize.

Palace of the Shirvanshahs

UNESCO describes the palace as one of the pearls of Azerbaijan’s architecture. It’s design reminds us of how advanced architecture was in the eastern part of Asia during that period.

The palace is complete with ancient royal facilities such as baths, shrines, mosques, and tombs.

We go away from Baku one moment with a famous tomb in Maraza city, Gobustan Rayon, Azerbaijan.

The Diri Baba Mausoleum looks like an ancient tomb for somebody significant. Legend has it that the imperishable Saint Diri-Baba had been buried there.

This 15th century mosque has served as a landmark for pilgrims and curious visitors. What makes its architecture wonderful is the fact that the structure was actually built into the rock formation behind it.

It gives the impression that the tomb is suspended in the air.

Shamakhi is a city of rich heritage. It has become a backdrop for major political events for two millenniums.

This part of northern Azerbaijan’s has been a prominent trading and cultural center for centuries already. It is because Shamakhi was a key town in what was the Silk Road.

Some of the places to visit in Shamakhi are the Juma Mosque, Yeddi Gumbaz Mausoleum, Gulustan Castle, and the House-Museum of Mirza Alakbar Sabir

Gobustan State Reserve is one of the few national historical landmarks left in the world. It was declared such by the Azerbaijan government in an attempt to preserve the ancient carvings, mud volcanoes and gas-stones in the region.

There are around 6,000 rock carvings all over the reserve, a testament to the land’s primitive roots. Carvings are of primitive activites such as rituals, battles, hunting, and animals.

Some of these rock carvings date back as far as 5,000-20,000 years. Almost half of the planet’s mud volcanoes can also be found in Gobustan.